One style of fiction I most enjoy is what is known as alternate history or, if presented academically, counterfactual history. This genre asks what might have been if such-and-such had happened. Sometimes the counterfactual is presented as a more pleasant, net positive, outcome than what actually is, but more often than not as less desirable than the present. Or, as Pangloss so sagely put it, "all is for the best in this the best of all possible worlds."

It's a genre with a long, storied tradition.

And some people have never heard of it before this week.

HBO announced the production of a new show, Confederate, whose not entirely novel premise is that the Confederate States of America still exists. The North did not win the War Between the States; the South did not lose. And slavery still exists. The uproar, as I understand it, has been outrage at HBO's conceit that they could make a show celebrating slavery when all know it is horribly wrong. No one has seen a script yet, much less filmed work, and the assumption is that the show glorifies slavery? Because any show with the Confederacy in it would obviously celebrate slavery? Or because slavery when depicted theatrically is always glamorous? Much as it was in Roots or Twelve Years a Slave, right? One can portray slavery without glamorizing it, after all. And it's not like slavery is dead even now.

Tonight I learned that Some Other People are in a similar snit over a planned series for Amazon called Black America, about a black nation, not unlike an Indian reservation, extracted from the United States after the Civil War. Haven't y'all heard of Liberia, the twitterati shriek, completely forgetting that Liberia is in Africa. Here's a map: 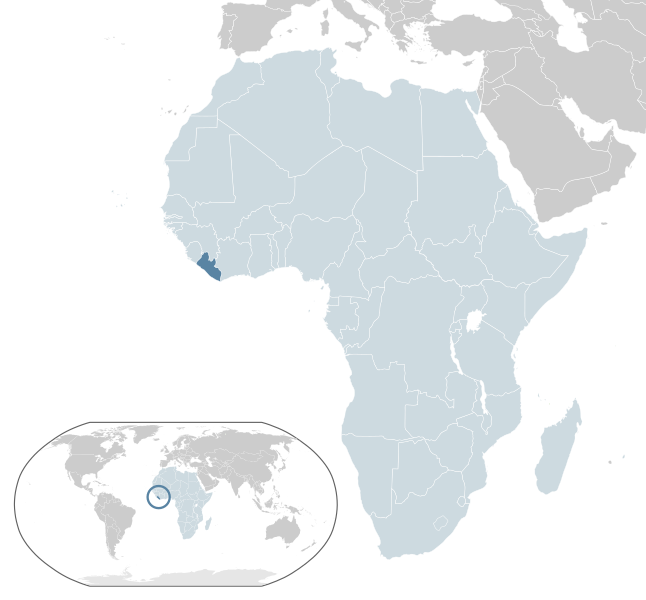 They seem to have confused the American Colonization Society with calls by the Nation of Islam for a separate country. One does begin to wonder why anyone pays attention to these sorts of tempests. Is their teapot so large as to scald us when it boils?

You know what kind of alternate history I'd like to watch? One where losers don't blame their mistakes on some other group of people. That would be a novelty.

Will Cox
View all posts by Will Cox →